Harley-Davidson to enter the Adventure Bike Market in 2020

Harley-Davidson just dropped a new promo video, with a few BIG hints of some upcoming models. One model, in particular, has the motorcycle community talking.

It's no secret that the iconic motorcycle brand has been moving in a new direction. Their first fully electric bike, the Harley-Davidson LiveWire, is expected to be released in 2019. But this new promo video is the first sign of Harley-Davidson moving into the Adventure Touring Bike market.

At 1:28 of the video, the Harley-Davidson Pan America™ Motorcycle is revealed. 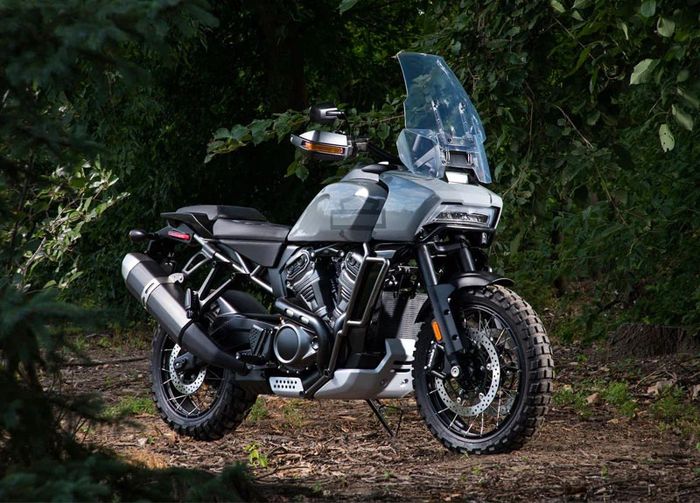 With an expected release date of 2020, this is obviously only a prototype. So it's very likely the specs could change. But as you can see from the above and in the concept design shots of the video, it appears to have the iconic HD V-twin and twin Brembo front brakes.

Regardless of the specs, the biggest news is Harley-Davidson's decision to enter the ADV market, which cements the growing popularity of Adventure Touring Bikes.

"Time's change, but the mission of Harley-Davidson is the same. Bring more freedom to the world."

The global motorcycle community is currently dominated by commuting motorcycles, however, the off-road motorcycle market is experiencing the fastest growth of any motorbike segment.

But with BMW, Honda, Kawasaki, KTM, Suzuki, Triumph and Yamaha already established in the ADV market, is Harley-Davidson's move too late?

Let us know your thoughts in the comments below.