Sea-To-Summit Slovenia - Is This The Hardest Triathlon Ever Made?

Ross Murray-Jones and Chris Ryan left London to launch a ski tech business back in 2017. One thing led to another and they ended up in Slovenia. Wanting to showcase the beauty and diversity of the country they decided to call home, they came up with an idea to make possibly the hardest triathlon ever conceived.

We caught up with the two lads to hear more about how Sea-to-Summit Slovenia unfolded. 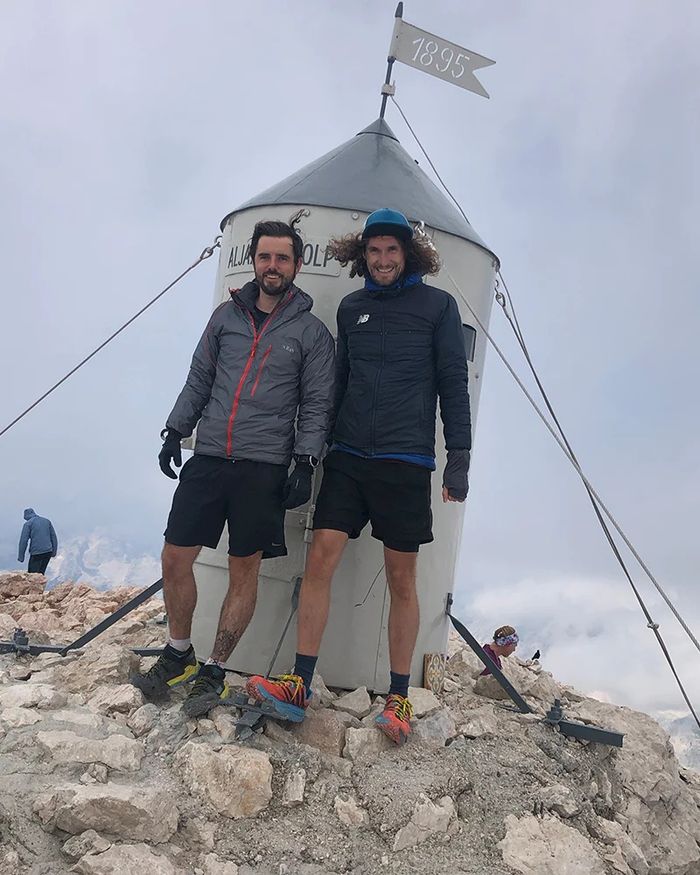 Firstly, congrats on finishing the race! How are you feeling right now?

Thank you. Right now, honestly, it’s a mix of emotions. Mostly joy as we finished in 23h 43min just before the 24h cut-off. A feat that didn’t look achievable at times.

There’s a twinge of sadness too. For one, it’s all over after months of meticulous planning and hours upon hours of training. Secondly, we pushed our bodies and minds to a place they’ve never really been before for quite an extended period of time (30+ hours inc. the descent back down) and we’ll need a few days to re-adjust and recover. It was quite a wild ride!

For anyone that doesn't have a clue, can you explain what the Sea-to-Summit Slovenia challenge is all about?

Noah Charney wrote last year about living in Slovenia that ‘you can ski in the morning and swim in the ocean in the afternoon.’ As a part-tribute to this concept, Sea-to-Summit is a multisport triathlon from the turquoise waters of the Adriatic Sea to the highest peak of the snowy Southern Alps (2,864m).

There are three distinct stages to complete in sub-24h covering 224km and 4,400m of elevation.

The 3 Stages of Sea-to-Summit:

It's a pretty challenging mission. How on earth did you come with this idea to paddleboard, cycle and run from Piran to Triglav in 24 hours?

In February, I competed in Red Bull’s Samo Gas ski cross race in Slovenia’s highest ski resort. From the top of Kanin, you can see container ships docking at Trieste’s Italian port in the Adriatic and I thought a summit bid from sea level seemed do-able in a day. Separately, Chris had seen a photo of Triglav from Piran by Jošt Gantar and dreamed of his own Sea-to-Summit attempt. He approached me and we hatched a plan to include a sea stage and keep within Slovene borders.

Since Triglav is a pre-eminent icon of the Slovene nation, it was evident to have this as our finish line, our destination...And thus Slovenia’s toughest ever triathlon was born.

Slovenia’s toughest triathlon is a big statement. How do you justify that?

With ⅗ of the country covered in forest, guerrilla adventures underpin Slovenia’s sporty culture. The small republic continuously delivers world-class athletes on the global stage, including Alenka Artnik (freediving), Luka Dončić (basketball) and even Martin Strel who built a career swimming the world's biggest rivers; to mention just a few. We quickly found ourselves immersed in this world, and felt inspired to build our own adventures.

By their very nature, multisport challenges are rarer given the extra logistical, gear and training complexities. After some research to determine feasibility, and in the absence of any extreme triathlons like Norseman, we realized no one had ever attempted a triathlon on this scale. The tough accolade seemed apt for what we were about to embark on. A great opportunity to showcase the best of Slovenia’s compact yet diverse terrain. 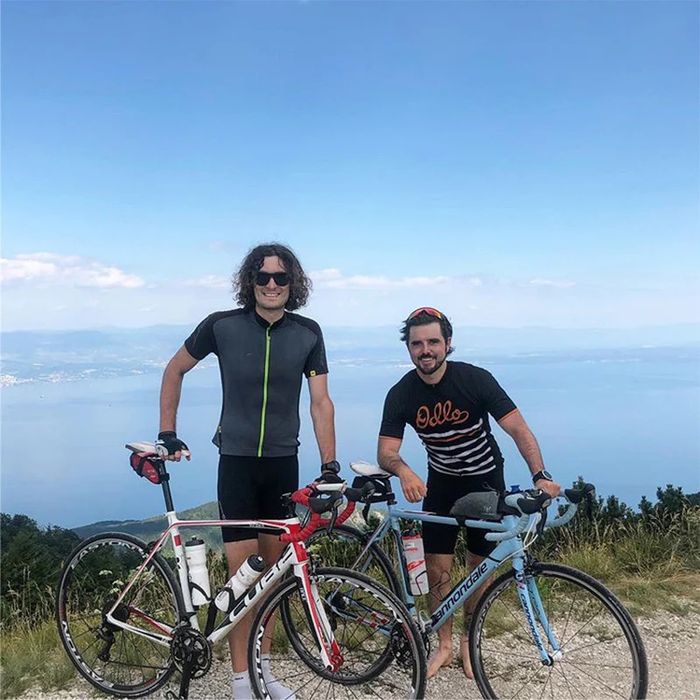 Can you tell us a bit about yourself and Chris Ryan, who also took part?

Chris and I are both British professionals from London. After cutting our teeth in the big smoke during our twenties, we came to Slovenia to launch a ski tech business and fell in love with this small, charming European country. We’re both quite active and have ticked off a number of Slovenia’s best sports events already; from ultra-trails and marathons to IRONMAN 70.3 Slovenian Istria where we’ll compete again in a few weeks. 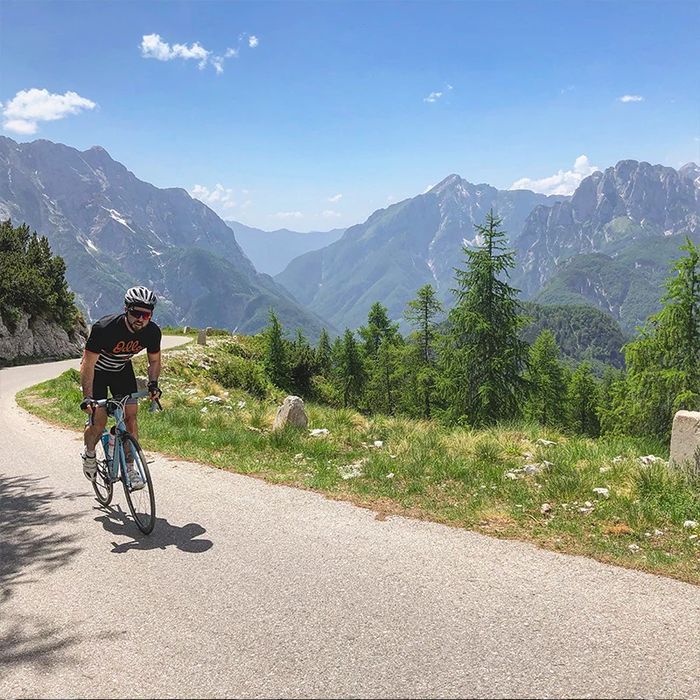 What kind of training was involved in a multisport triathlon like this one?

The first problem was that although I’d kayaked 1,300km around an island in the Philippines a few years ago, I’d never really paddleboarded before and neither had Chris. Luckily, we teamed up with Slovenia’s SUP race team this summer, Tiki Team, and quickly learnt the basics over weekly training sessions.

Otherwise, like any endurance challenge, distances must be built up over time to avoid injury. We started slowly until comfortable with each distance individually. This involved 100km+ bike rides from Slovenia into Croatia, Italy and Austria and even up to Mangart, Slovenia’s highest road as well as long trail days to the summits of Grintovec, Stol and Triglav. That’s when brick workouts start (the stacking of two disciplines during the same period) alongside strength and conditioning sessions on recovery days. This should ease into 5-6 training days per week up until two weeks before the challenge where it’s best to taper off, eat pizza and save the legs.

What essentials items/equipment came in handy on the day and what would you take next time?

I had an equipment checklist of over 80 items from Compeed to Hoka One One’s Arkali hiking shoes. Each item was separated into five sport-specific bags for paddleboarding, cycling (day/night), trail and even a post-race bag with comfort items (e.g. slippers - it’s a good idea to be kind to your feet after you’ve put them through hell).

Without question, one of the most important items on the list was the Quad Lock bike kit. It was indispensable when combined with an iPhone X and bikemap’s 3D mapping tool to find our way through the capital and onto world-famous Lake Bled during our 194k overnight ride. It’s also a great training tool, I never go anywhere without it.

One unforeseen, slightly whimsical item was old socks. Given the sudden climate change, we knew we’d need more clothes whilst cycling as low night-time temperatures were now expected. I’ve never owned any overshoes and so we had to improvise. By cutting cleat-sized holes into two pairs of old socks, my feet remained toasty. 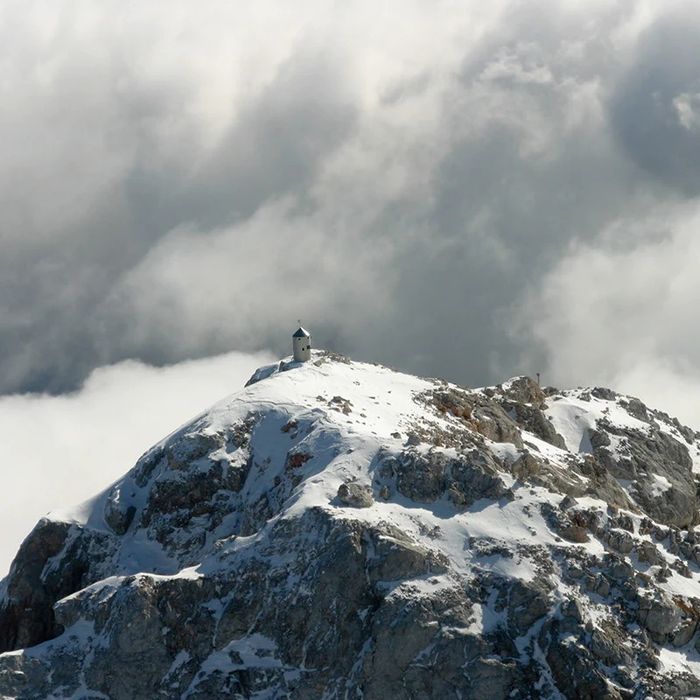 Did anything unexpected happen which made you question whether you were going to make it?

Unfortunately, yes. The sunshine and warm temperatures typically associated with a Mediterranean summer got replaced last week by thunderstorms and heavy rainfall. Although we scoped out a two-day weather window, we misjudged the strength of the burja (bora in English), a north-eastern katabatic wind in the Adriatic Sea which blows in heavy gusts. Experienced seamen have a proverb "when the bora sails, you don't!" and well, let’s just say a paddle which had previously taken us two hours in following seas turned into a five-hour ordeal on the day. I think it was Mike Tyson who once said ‘everyone has a plan until they get punched in the mouth’ and it did feel a bit like a smack to the chin initially.

This wasn’t the start we planned but not to be deterred we cycled on until 5am where we began our climb at the foothill of Triglav.

To make up for time lost, we ran the first section of the climb through the Krma Valley. At this stage, the batteries ran out of our GPS watches which forced us to hike ‘blind’. Since we’d both climbed Triglav a number of times before, this shouldn’t have been an issue but we were understandably tired and our heads weren’t thinking particularly straight. We took a wrong turn somewhere. This led to a lengthy 3km detour which almost made us miss our self imposed 24-hour deadline. The consequence of this mistake meant we had to speed up when at our most exhausted on the most technical and dangerous part of the climb, Triglav Glacier. But we made it; elated, exhausted yet alive. 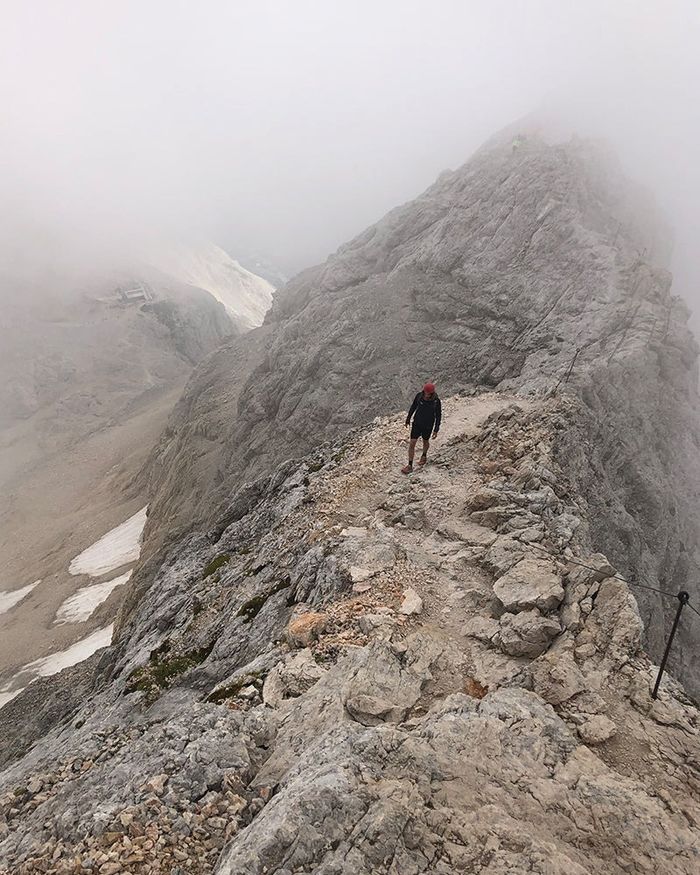 Finally, what’s next for you? Any other races or other plans coming up that you will be involved in?

I’m happy to announce we’ve decided to turn Sea-to-Summit into an actual race for next year based on the significant interest we've had since going public a few weeks ago. You can find more info and sign up for priority access here: http://sloveneman.com I’d love for you to join us and come see for yourself what makes Slovenia so special.